Built in 1905 by architects Hoppin and Koen, 240 Centre Street is an Edwardian Baroque style, Beaux Arts and Renaissance Revival building, once home to the New York City Police Headquarters from 1909-1973. In 1978, the building received Landmarks designation, and listed on the National Register of Historic Places in 1980. This high-end landmarked residential building is situated in a sought-after intersection of Manhattan’s NoLita and SoHo neighborhoods on Centre Street between Broome and Grand, and was turned into luxury apartments in 1988.

Ive lived in the building since 1995. Model Christy Turlington lived next door to me, Toni Morrison lived across the hall, I work out in the gym with Judith Miller, and more importantly I raised my two girls here. I remember when the gymnasium was for sale. And I remember sitting at Larry Gagosian’s home in East Hampton and hearing Charles Gwathmey talk about his amazing new project in the building. Im obsessed with the vaulted ceiling and the acoustics in the apartment. And the gorgeous entrance to the massive and open living room, which Ive never seen in an apartment in New York City. In what was the building’s original gymnasium, Apartment 5H, now a 4-bedroom, 4.5-bathroom home is currently the only home for sale in this spectacular full-service building, asking $13,950,000. The 6,660 square-foot residence was completely renovated by noted interior architect Charles Gwathmey, and owned by Bear Sterns’ Alvin Einbender.  In one word, it is EPIC.

According to lore, there is an underground tunnel that attached the building to what was Callaghan’s in the Centre Market Street (now Onieal’s), which was a brothel, gambling parlor, and speakeasy.

The close proximity to SoHo and the 4,5,6/N,R subways make it a convenience for Midtown or Downtown commuters. A Whole Foods, Soul Cycle, and Equinox are just blocks away. Fine dining and hotels in the neighborhood include: Le Coucou, Sant Ambroeus, 11 Howard Hotel, The Crosby Hotel, and Balthazar.

If you or someone you know might be on the market for a one-of-a-kind home like this,  I’d be delighted to coordinate a showing with the listing broker, Rafael De Niro of Douglas Elliman, who is also a good friend. Below are select photos of the apartment, which you can learn about more here. I hope you love #realestatethursdays. let me know if there is any apartment you’d like to see with me. xx kkb 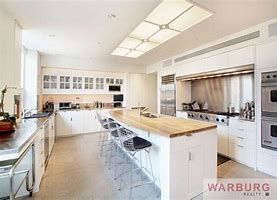 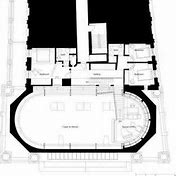 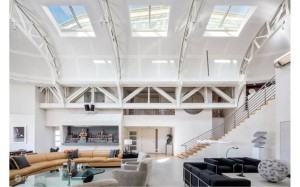 JetSet Style: Opps! Caught in the act, leaving the airport… At least I looked the part! When I travel, there are two priorities, I want to be comfortable and still look chic in case my room isn’t ready and I have to stroll the street of Parisian or Milanese Cafe for a latte while I wait. I suppose there are worse problems… Staples are large oversized tote, I always find it fun to monogram….