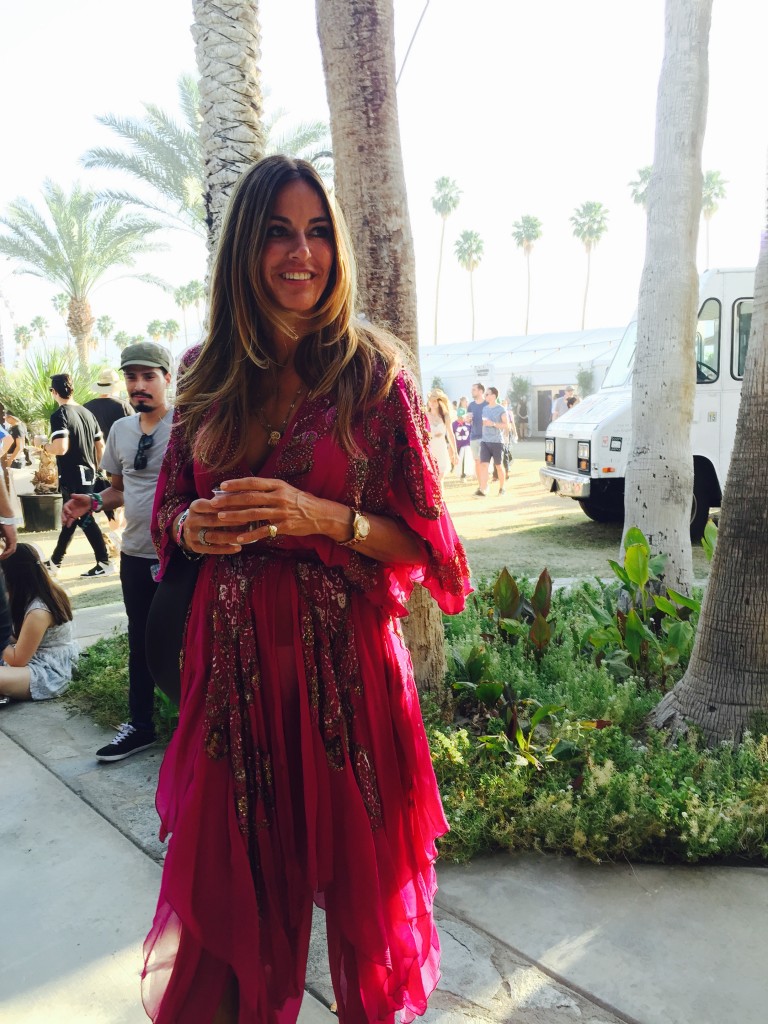 On Saturday, Sea and I made a pilgrimage to the epicenter of cool – Coachella. It was our first visit to the ultra-hip music festival and let’s just say that we didn’t leave disappointed.

The experience was something of sensory overload in the best way possible – from driving out to the desert and passing the breathtaking array of windmills off the 10 freeway to the Coachella grounds throbbing with girls in the unofficial festival uniform of denim hot pants, fringe everything and crop tops. And then of course there was the incredible roster of talent performing on stage all day.

Upon arriving to the festival, we got our bracelets and headed to the VIP tent. Only the Hubble Telescope could spot as many stars as we did that afternoon. Just a few hanging out were Gigi and Bella Hadid, Minnie Driver, Disney Channel’s Bella Thorne, Comedy Centrals Workaholics’ Blake Anderson, DJ Tiesto, Justin Bieber, Beyonce, Kendall and Kylie Jenner, Rihanna, Joe Jonas and even Jay Z. 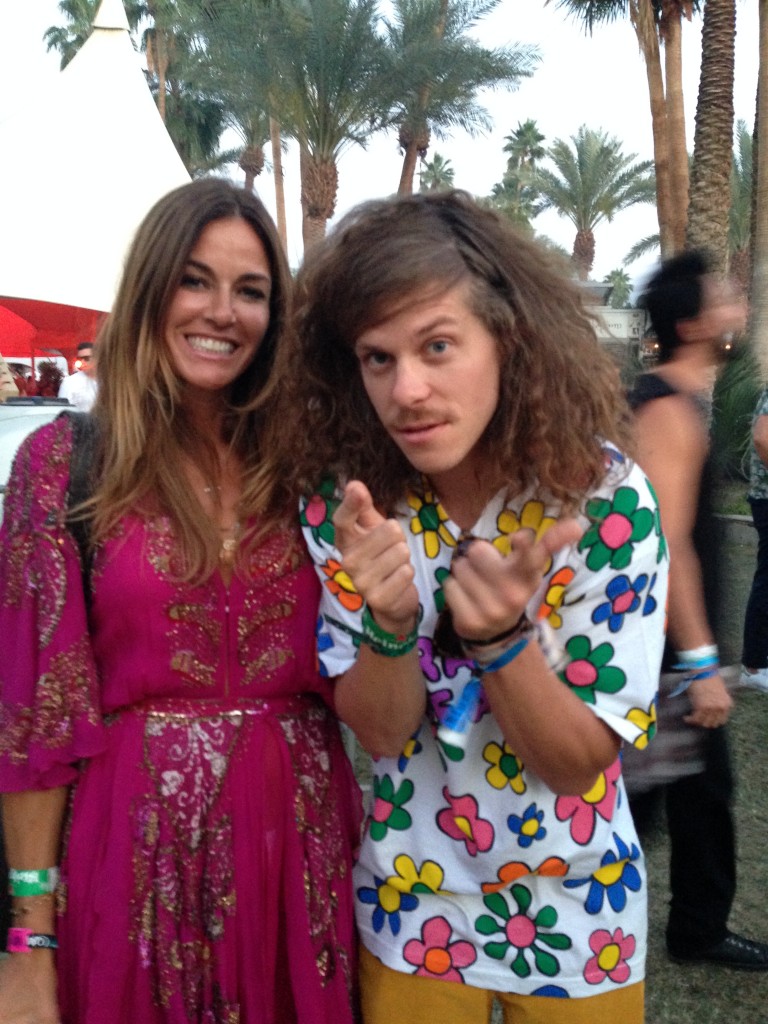 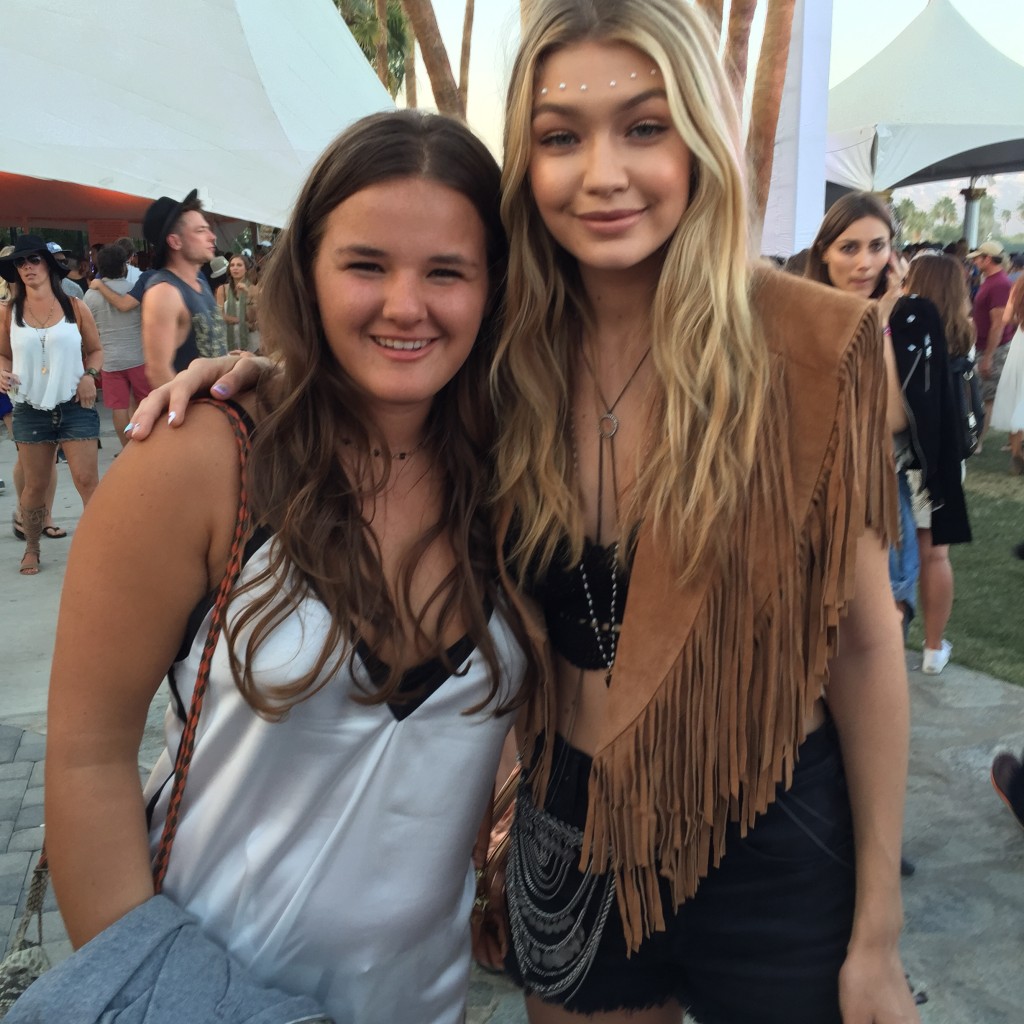 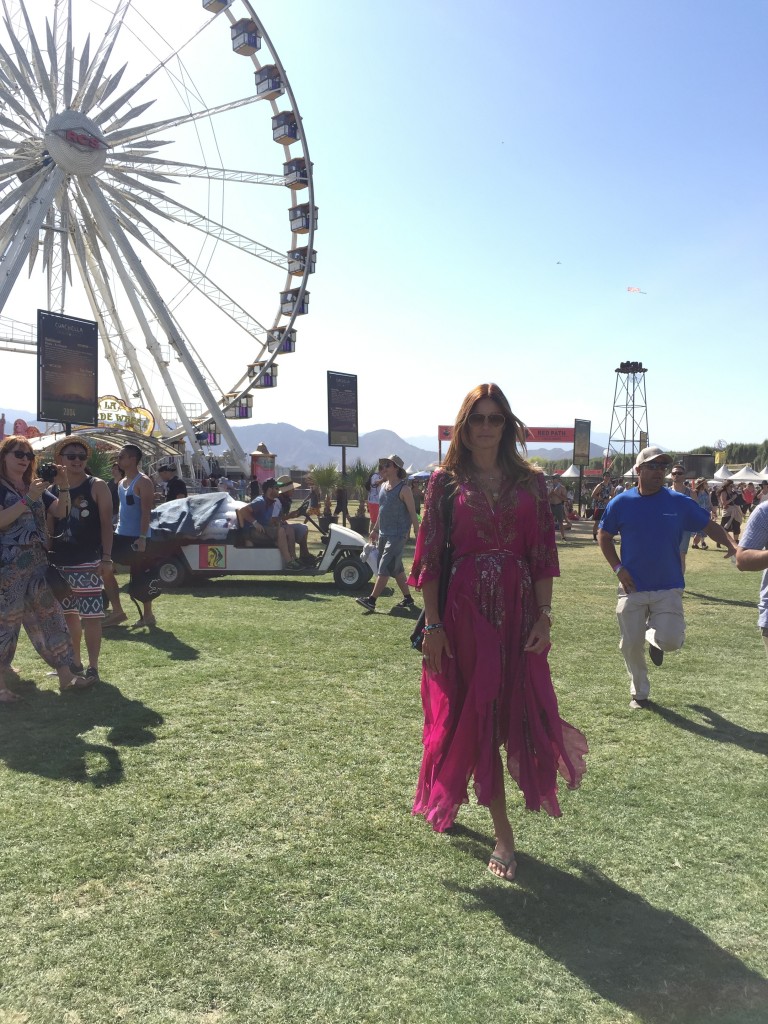 The look of Coachella Spring 2015 is modern boho with a serious throw back to the 60’s flower power hippies. Super short shorts, white lace dresses, and pink Converse were the staples. Long patterned dresses, and my favorite the Chinese cropped jacket took boho chic to another level. Flat ankle boots or Stuart Weitzman knee high boots are a must for weekend 2 along with stadium jackets by Ackerman and Maison Scotch. Stores like Nasty Gal and H&M cornered the Coachella collections with flowey shorts, long lace dresses, the romper, Flash tats, fringe vests, kimonos, and low back exposing mini dresses.  As you can see below, not all the fashion risks paid off. 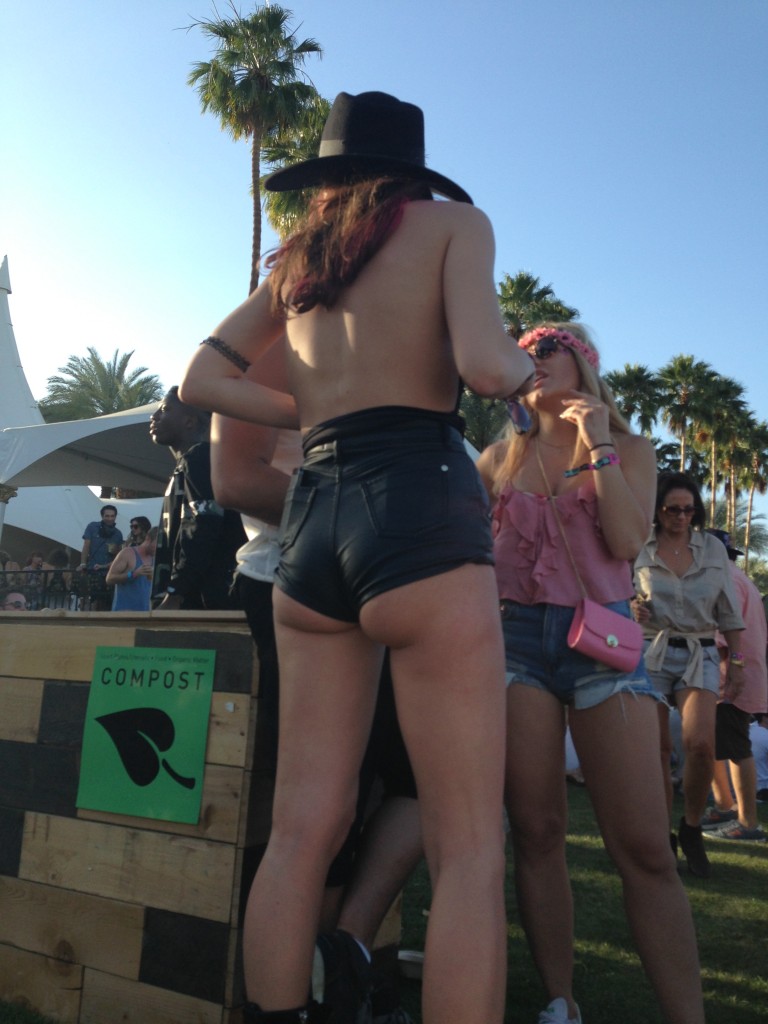 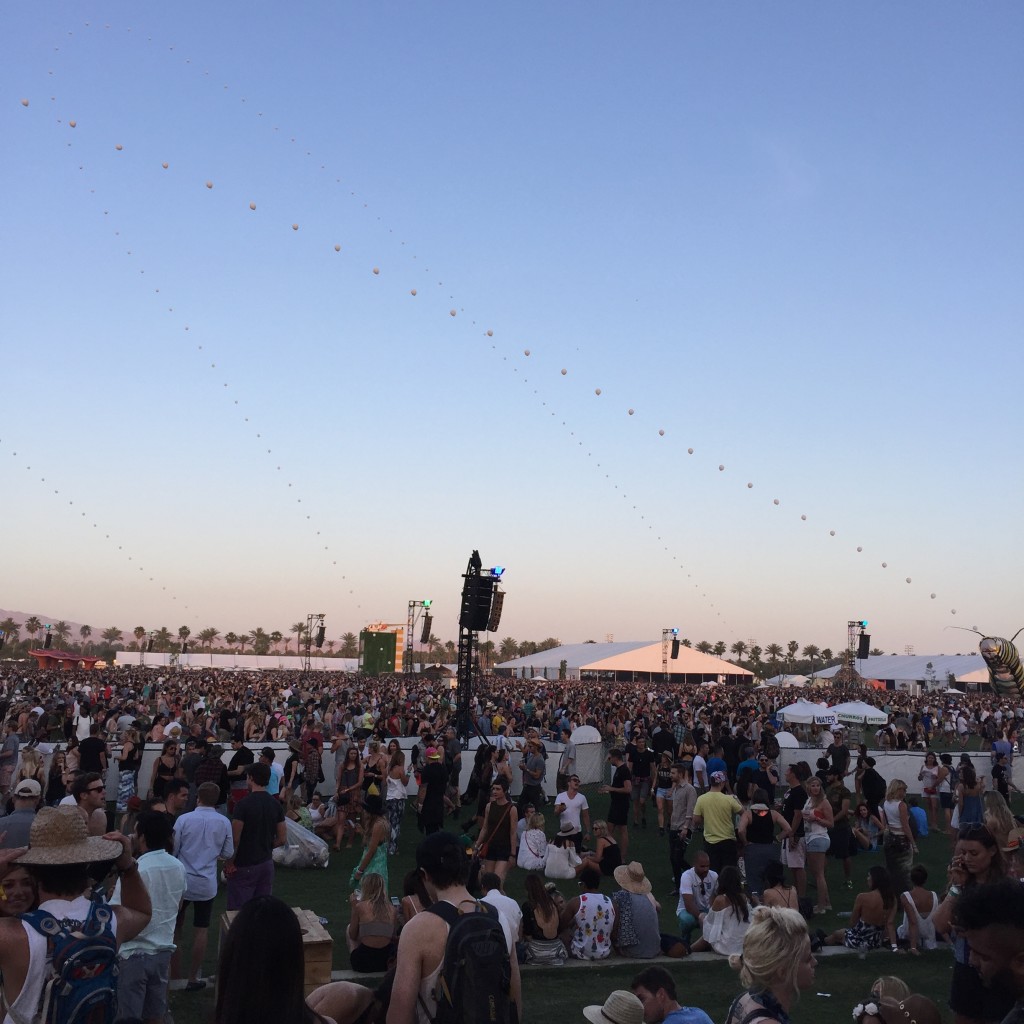 I talked to Dylan Lauren about her collaboration with Havaianas (the perfect festival footwear) and asked her a few questions about the Coachella experience:

KKB: Whats your favorite candy to eat at Coachella?
DL: I love so many different candies but now it’s marshmallows and red gummy raspberries.
KKB:What are Coachella fashion must-haves?
Our Dylan’s Candy Bar whirly pop flip flops for sure. I love the whirly pop is graphically beautiful and our signature candy we sell. The two lollipops in the other pattern are internationally iconic and the rainbow of ombre behind is a summery pattern that looks good with any outfit. #sweetsteps.

This new collaboration with Dylans Candy and Havaianas would be perfect with the bright pop of orange suede dresses that are peeking out of Celine and Chloe collections – another one of my Coachella go to looks. I can also see a great Instagram moment standing in bright colors next to the movable and colorful gigantic caterpillar which was a signature photo opp for #instagirls.

My favorite music acts were Milky Chance (who was sick but sang anyway and drank honey in between songs), Hozier, and Benjamin Booker. Check out whats hot on Coachella on XM radio, or hop a flight to Palm Springs this weekend for weekend 2. You only live once. Life can be a ‘fairytale’ according to Milky Chance. 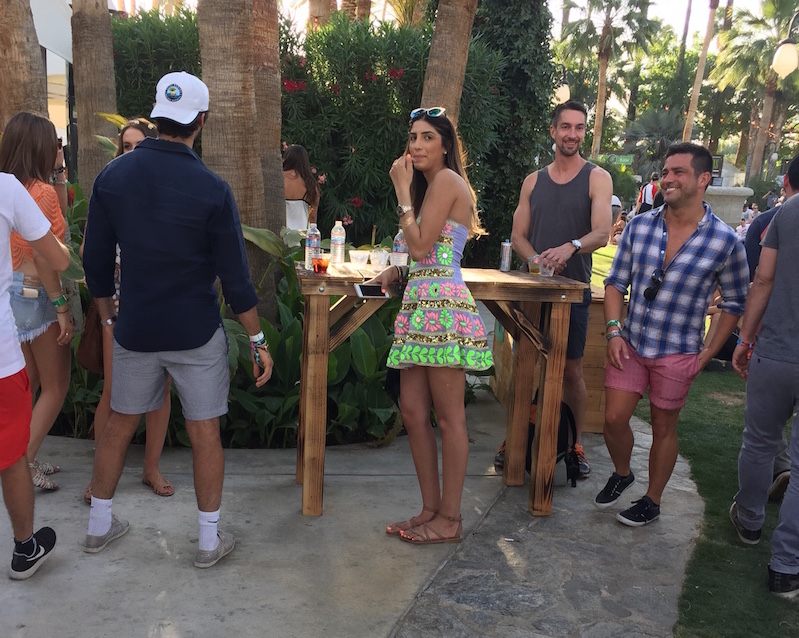 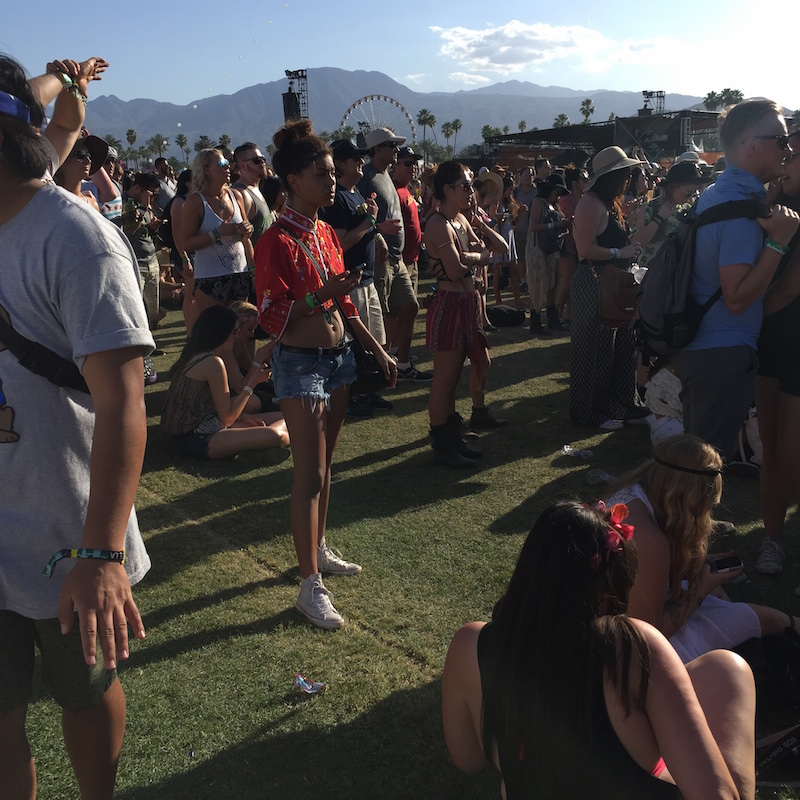 Paul Tolett founded the Coachella Music Festival in 1999 at Empire Polo Club in Indio, CA and in 15 years it has become the Spring kick off for music, art, fashion, food and fun. Tolett created the festival to boycott Ticketmaster. Pearl Jam first performed at the polo grounds and soon thereafter it became the West Coast venue for independent and emerging artists to play. Coachella holds over 500,000 music fans and generates approximately $78 million over 6 days. Fans of all ages come to listen to indie, hip hop, and headliners like Drake and ACDC. 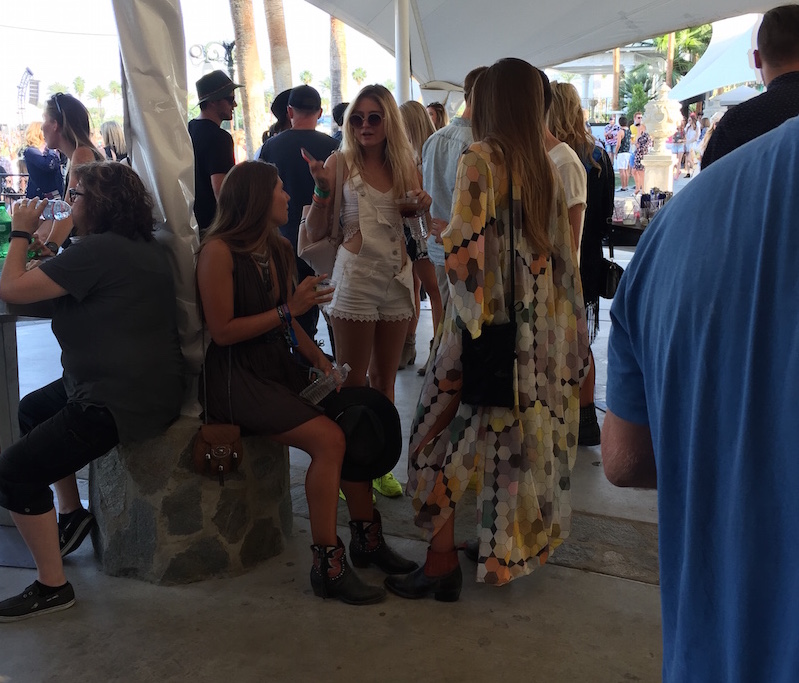 #NYFWM: New Yorkers are taking a break from “beaching” it this week and shifting focus back to fashion. What will the MEN be wearing this Fall? To amp your guys up for date night and beyond, look to the catwalks at New York Fashion Week Mens, happening NOW! As a girl who favors feminine fashions, it was a challenge for me to think about channeling menswear in my wardrobe. However, I was able to find…