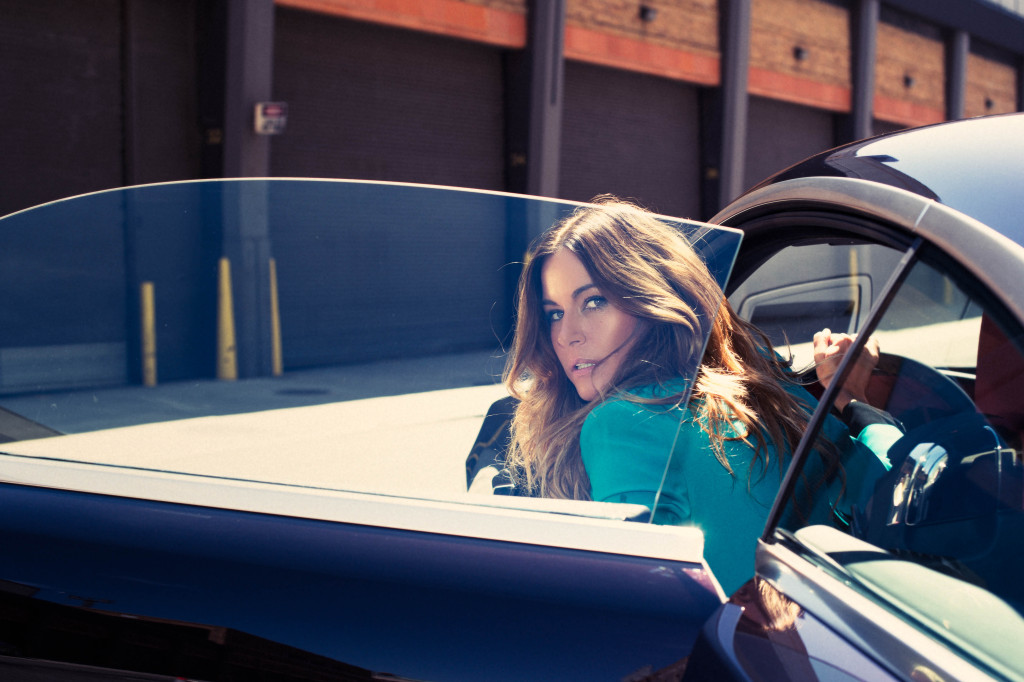 It was the nip slip heard round the world, or at least round the internet. Believe it or not, I don’t leave the house like that for just any reason. I was shooting a campaign for my friend, the King of Pants, Alvin Valley on the streets of New York. I love being in front of the camera, and Alvin’s collection brings out the woman I’ve become: strong, centered, self-aware.

I had a few questions for Alvin about style, reminiscing on how we first met some ten years ago at a dinner party – or was it a book party? 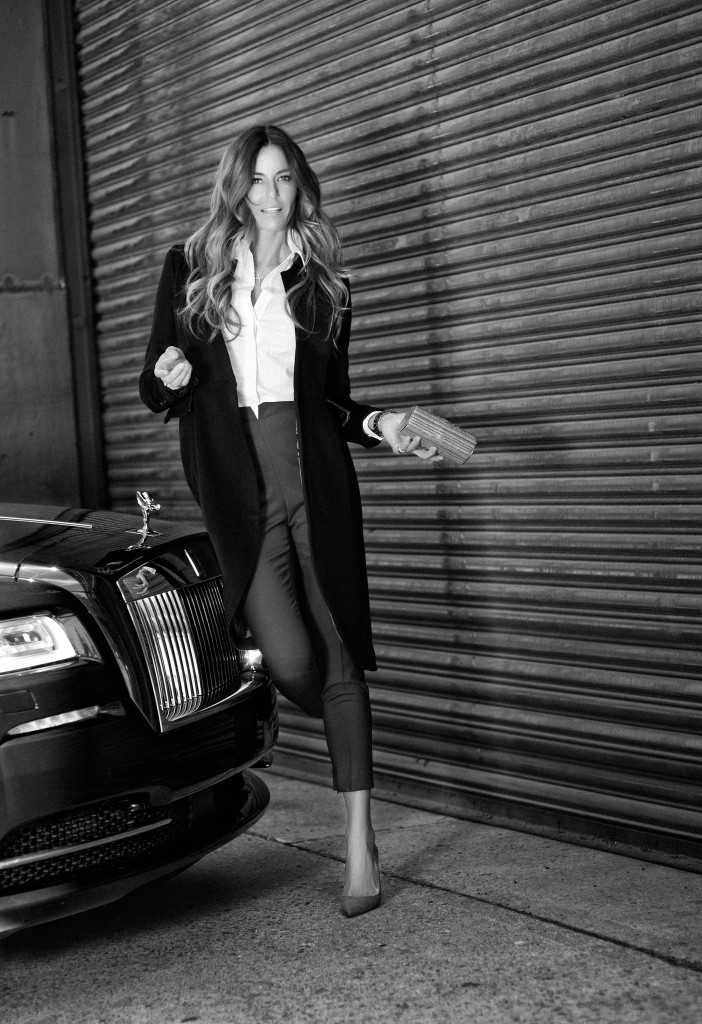 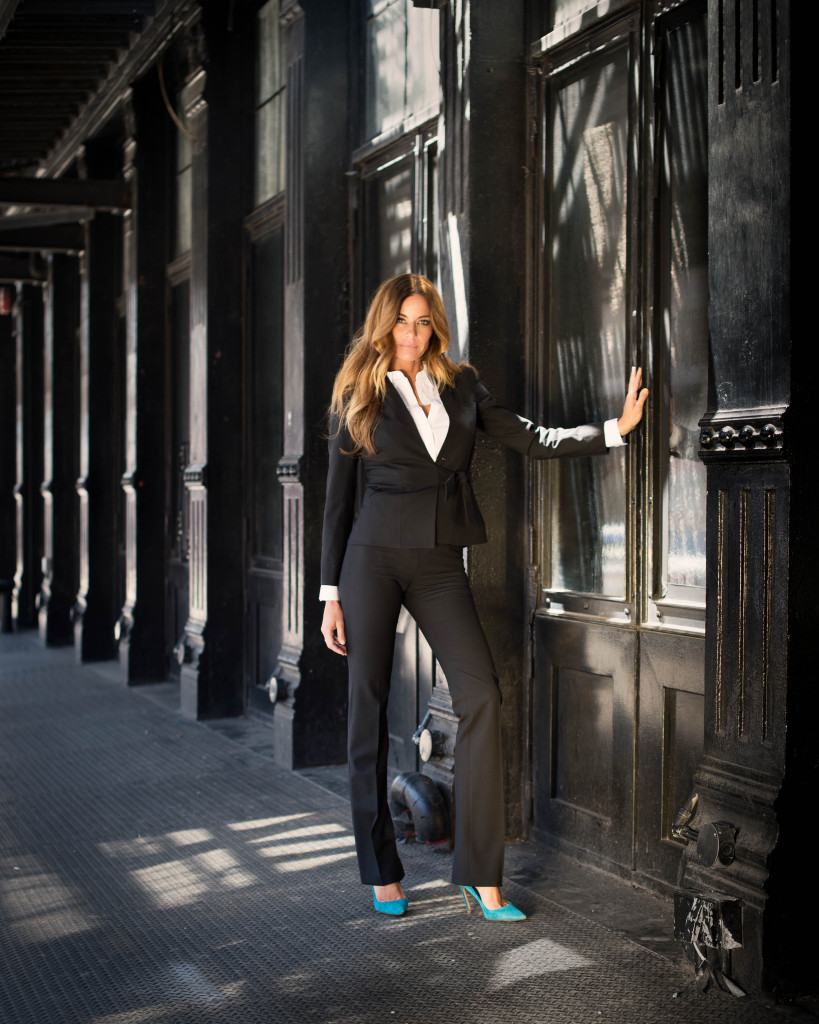 Where did we meet – how long have we known each other?

It must be ten years now. I can’t remember exactly – it was either a dinner party or a book party.

Why did you choose me to embody the Alvin Valley woman?

You’re the perfect model for Alvin Valley because you’re a very dynamic woman who lives every aspect of the New York life. You’re at the perfect age where you embody a woman: women who are empowered, who create their own lifestyles. In many ways you are a perfect match. You are the target.

At what age do you think a woman is in her prime?

That has changed for me many times over. I started designing in my early 20’s. As I got older, I realized women in their late 30’s and early 40’s start discovering who they are: who they want to be and what they want to be. It takes a lot of experience for women to understand what their real prime is. After you’ve accomplished, you’ve started to hit your stride. They’re more realized, they’ve had children, done the job they want to do.

What should a woman look for in buying a pair of pants?

First of all, the main thing is the right fit for your body type. A lot of women try to buy a trendy pant, whether it’s sleek or not sleek, cropped or high waisted. Know your body and know what works for you. That’s why I have great pants that never stop selling. It’s a cut that works. They know what it looks like. They stick to a cut. This is one of the things I love about designing pants, because it’s really a category that builds loyalty. They never go out and look for another pant again. It’s a specific, targeted item in a women’s closet.

What gives a woman more power? Pants or a dress?

Pants are empowering. Pants take away a vulnerability in a woman. In pants, women can run, they don’t have to think about how you’re sitting. Pants allow women to focus on things they need to focus on. It gives them independence. A dress you have to figure out so many variables. Is it too short, too long? The right cut is empowering. I believe there are a lot of men who love women in pants.

What style advice would you give to Hillary Clinton?

She has her mind set in the way she dresses. She is a believer in the power suit and the business suit. The cuts need to be a bit better. Sometimes the fit is not quite right, especially in her jackets and trousers. She needs an amazing tailor, and then she’d be there.

What was it like shooting this campaign in the streets of New York?

It was euphoric. I wanted to really create this women that lived in New York and understood what luxury was. We partnered with Rolls Royce and they were gracious to let us use a car all throughout the city. It really brought the fantasy that this woman is real. You filled the void that these clothes represent. My brand is made by the women that wear my clothes.

The energy was great. Paparazzi following you around from location to location – this was something new for me as I’m used to shooting on a closet set. This one was wide opened. Fans were all over the city and you were so gracious with everyone who wanted to stop and say hello. 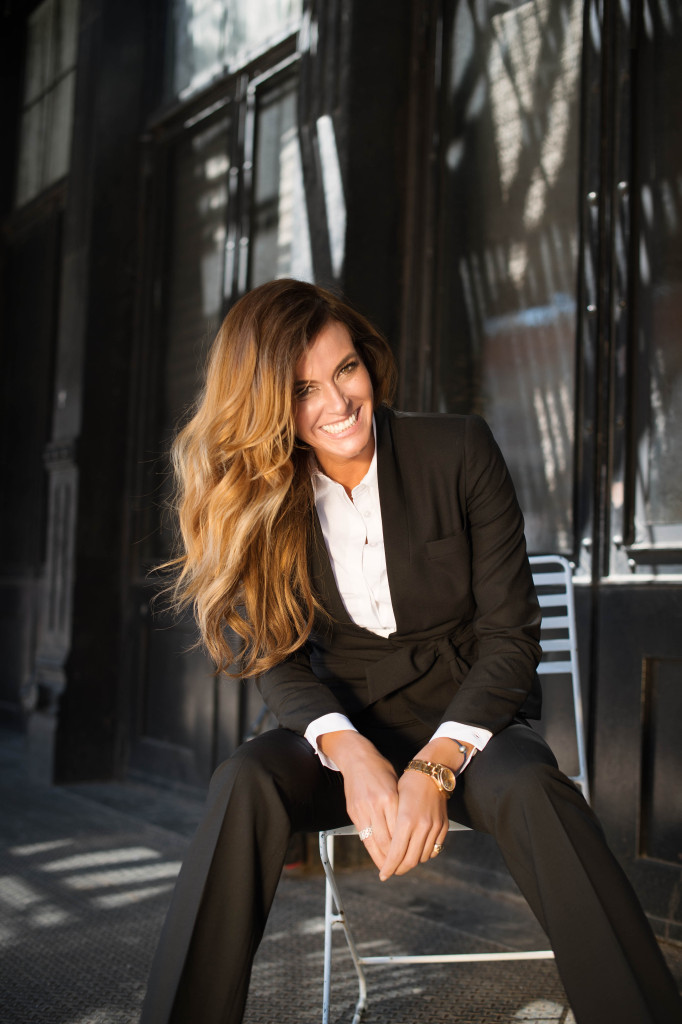 One day I was walking down the street and I RAWR’ed. Someone said “Giraffes don’t RAWR” in a mean face and in a mean tone — like they were telling me off. So, I kept walking. I kept saying “rawr, “rawr,” “rawr” to myself in different ways. Rawr! Rawr? Rawr. So, then I just let out a big “RAWR” to myself. They were wrong. Giraffes, do rawr. They rawr loud, they rawr proud, anytime, anywhere…