During Paris fashion week, the only designer I had any interest in seeing was Azzedine Alaia. Azzedine and I first met when I was 16, and he personally gave me my first Alaia dress. My mother had bought his clothes from Holt Renfew in Montreal, Canada since the early days of his career. Being a fan already, it was an honor to meet him, and to then to own one of his dresses at 16 was a dream. 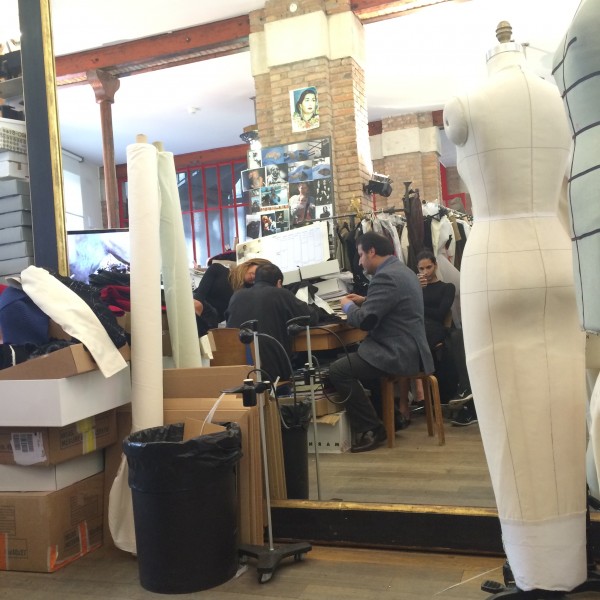 Sitting on Azzedine’s desk – I can’t get close enough!

This past weekend during Paris Fashion Week, my daughter, Sea, who is now also 16, and I went for lunch chez Alaia. We all sat around a huge lunch table with everyone from the office. GARAGE Fashion Director Charlotte Stockdale, who wore one of his shirts with a leather skirt and Golden Goose sneakers was also there. 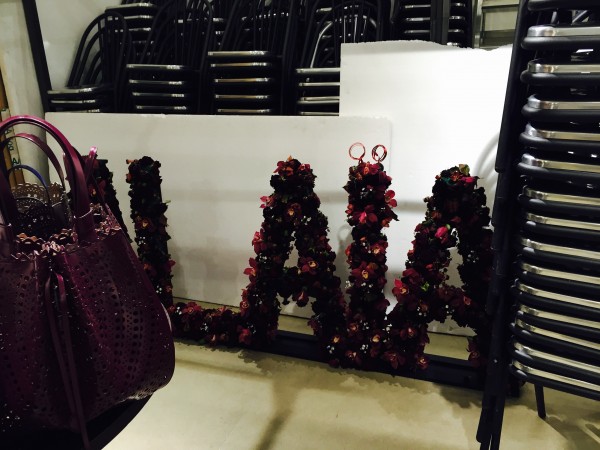 Flowers sent to Azzedine by Gaga – who just wore his dress to the Oscars.

It was beautiful to see that his same team from over 20 years ago is still around him. We started with tea and a tuna salad, then had lasagna for the plat principal. It was the best tuna and the best lasagna I’ve event had. 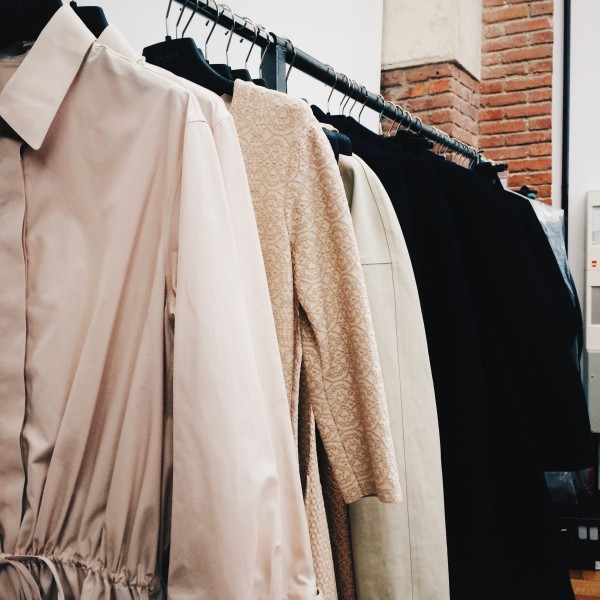 Azzedine’s talent comes from family members in Tunisia who inspired him at an early age with Vogue magazines. After attending Ecole des Beaux-Arts in Tunis, he started as a dressmaker and made his was to Paris and worked for Christian Dior, Guy Laroche, and Thierry Mugler.

In the late 1970s he moved into Rue de Bellechase and started designing (I’ve actually been in that apartment!). This weekend after years of working with some of the most amazing celebrities like Greta Garbo, Jennifer Lopez, Tina Turner, and the most impressive models in the world, Azzedine Alaia maintains who he is. I learned a lot from him this weekend. I learned to be proud of and nurture the friends and family whose support gives us our superpower.

Azzedine is a true original. He’s an inspiration to work hard and do what you love passionately love, the rest will follow on its own accord. Azzedine has been copied by many and has never promoted himself – his work speaks for itself. He is and will always be Azzedine Alaia. I can’t tell you how proud I am to know him. 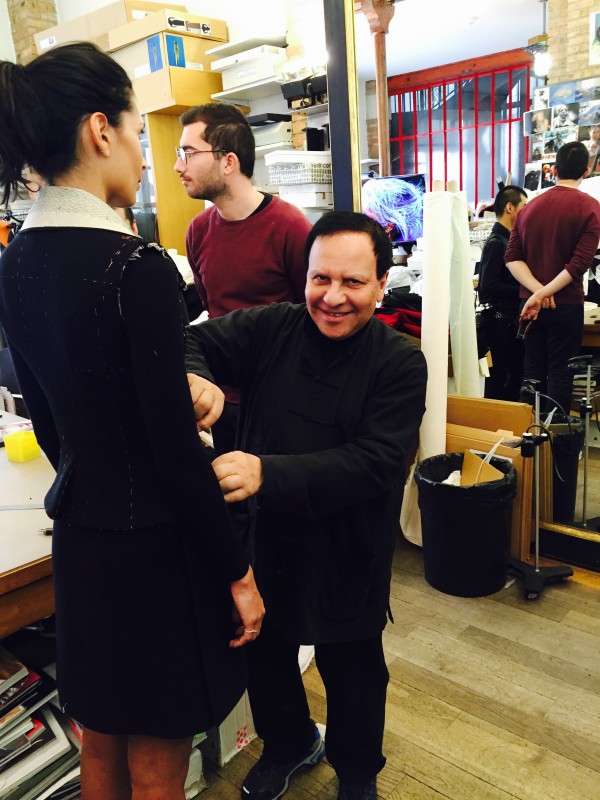 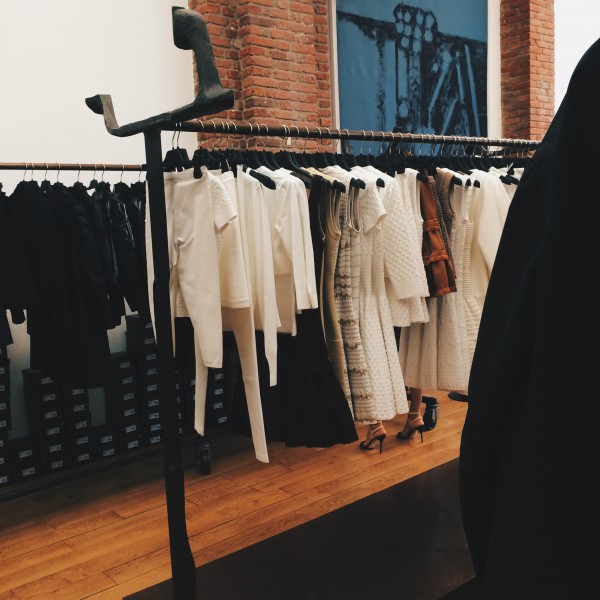 For Valentines Day, I decided to take my teenage daughters to Aspen to celebrate. Three females means a lot of packing. I knew I’d be hitting Performance Ski and Gorsuch for any extra ski items. We skied Aspen Mountain’s, AJAX and ate truffle fries and incredible salads with salmon at AJAX Tavern. Every night was feeding tour de force from Cache Cache, Matsuhisa for the best sushi, Maru Aspen for more sushi, BellyUp for the…